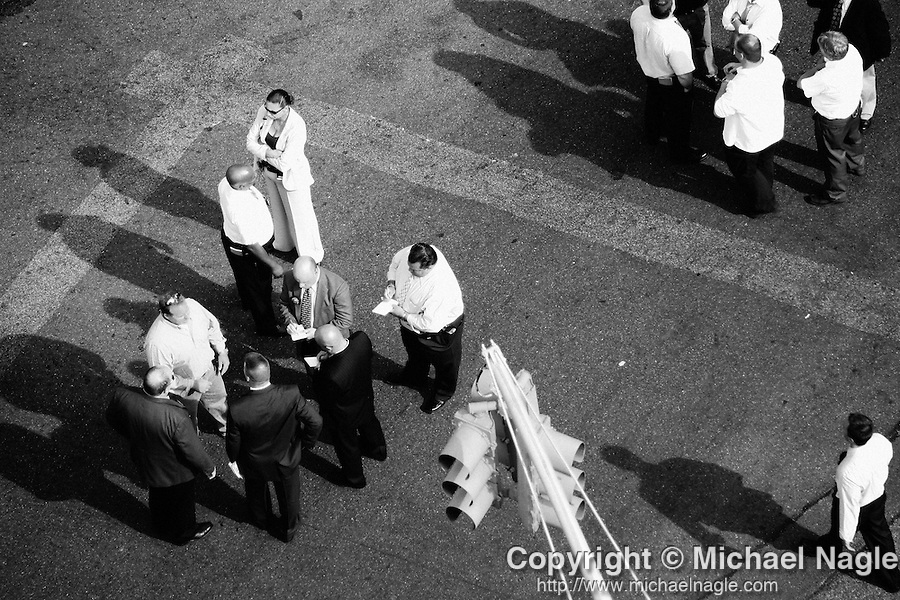 SHOOTING - BROOKLYN - JULY 09: Detectives at the scene at Kingston and Lefferts on July 9, 2007 in New York City. The BMW is believed to have been used in the shooting of two NYPD officers early this morning at Rogers and Lefferts. Officer Russell Timoshenko died from his injuries. (PHOTOGRAPH BY MICHAEL NAGLE)