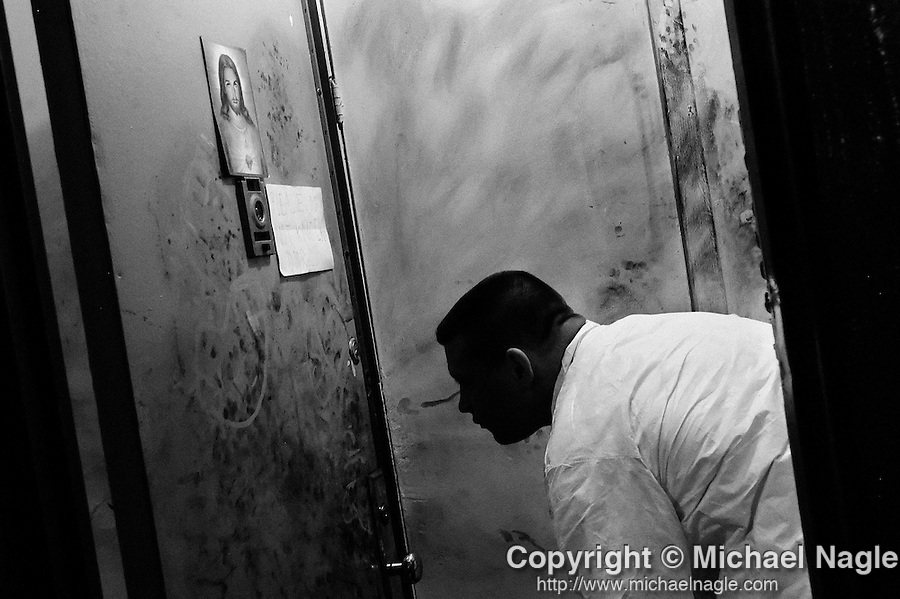 BROOKLYN -- DECEMBER 29, 2004: An NYPD detective looks for fingerprints at an apartment where Luciano Yevenes was stabbed to death in a person dispute, on December 29, 2004 in the 77th Precinct of Brooklyn. While murders are down again in New York this year, hot spots persist, and the 77th is among the top 10. (PHOTOGRAPH BY MICHAEL NAGLE).