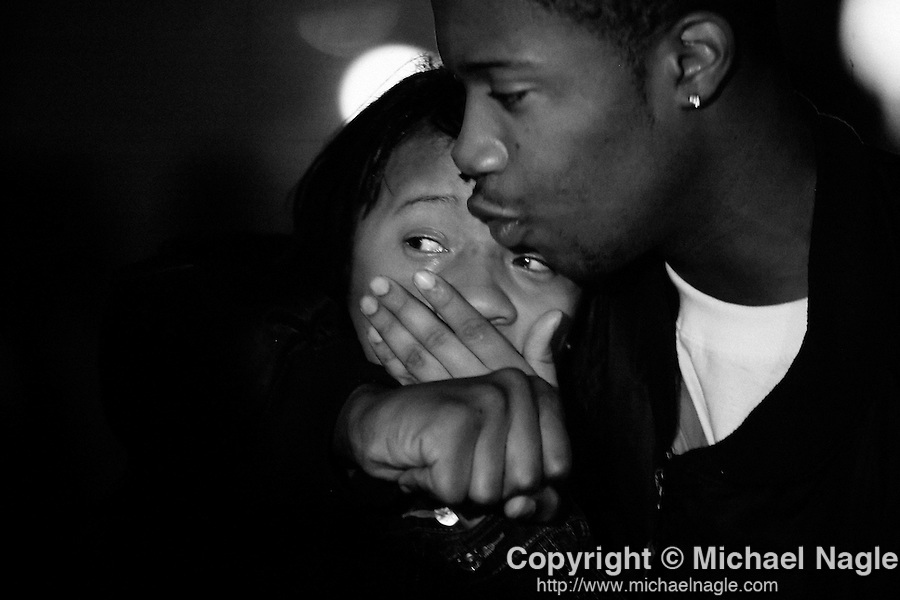 QUEENS -- DECEMBER 1, 2006: A woman is comforted in front of the Community Church of Christ during Sean Bell's funeral on December 1, 2006 in Jamaica Queens. Bell was killed by NYPD officers in a hail of 50 bullets on the morning of his wedding day after leaving a strip club on November 25, 2006. (PHOTOGRAPH BY MICHAEL NAGLE).