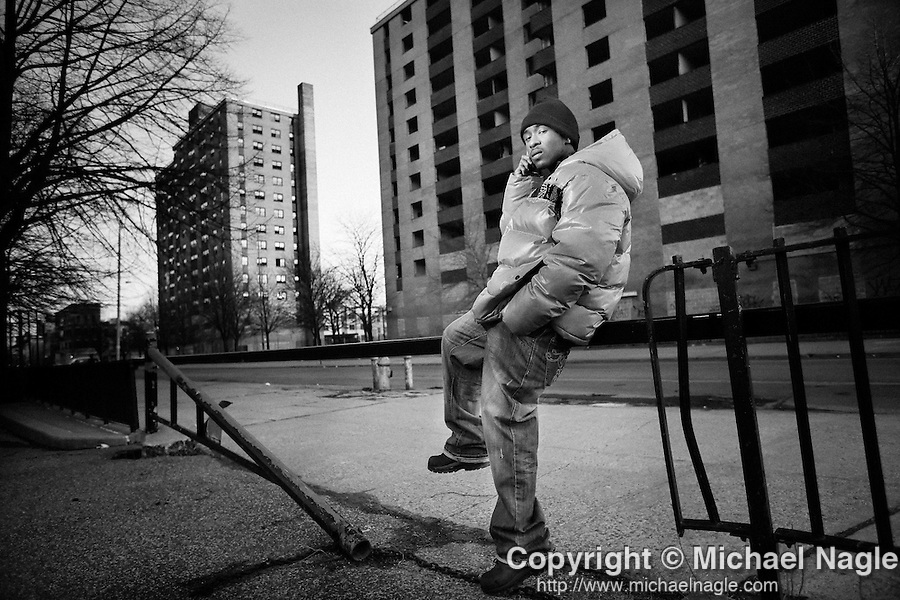 BROOKLYN -- FEBRUARY 08, 2009: Rapper Brooklyn Chase, 24, poses with a friend outside of the abandoned buildings of Prospect Plaza, a housing project complex in Brownsville where his father lived before he died in 1990, on February 08, 2009 in Brooklyn. On a Sunday evening on August 27, 1995 a roller skating 4 year-old Shamone Johnson was caught in the middle of a gun battle in the lobby of 1750 Prospect Place and shot to death while visiting her grandmother. (PHOTOGRAPH BY MICHAEL NAGLE).