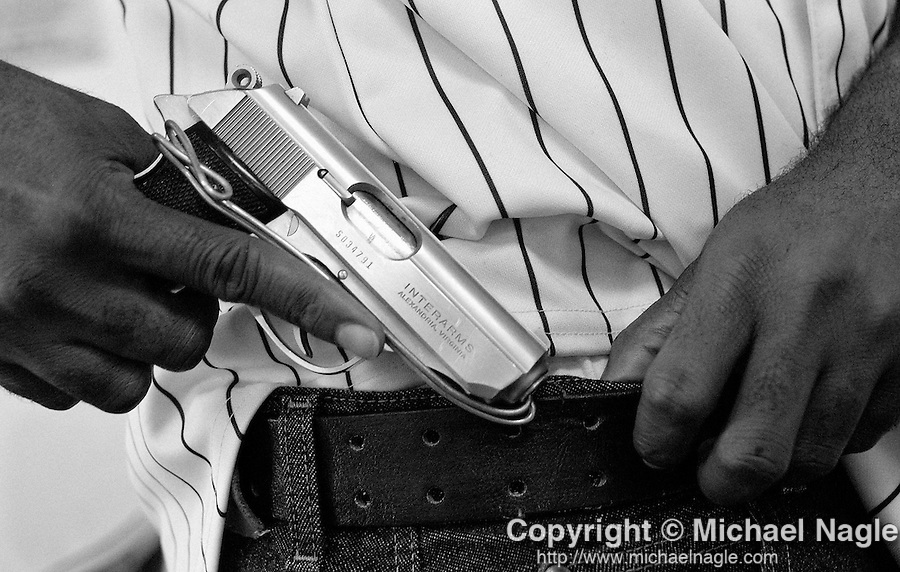 STATEN ISLAND -- SEPTEMBER 9, 2003: Undercover detectives don't carry around their badges or use police issued guns. This undercover officer uses a Walther PPK with a wire hanger to hold the gun in his pants. He said that the Walter PPK is "the perps gun of choice" and the same gun that James Bond carries. The officer shows his gun in the Staten Island office on September 9, 2003. (PHOTOGRAPH BY MICHAEL NAGLE)