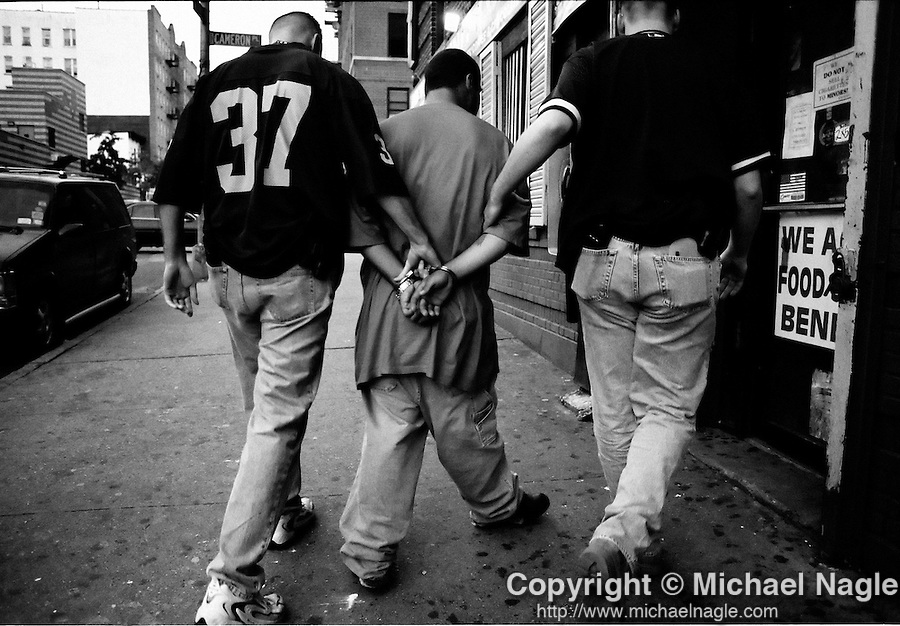 BRONX -- SEPTEMBER 23, 2003: The NYPD Firearms Investigation Unit detectives handcuff a man for questioning after serving a search warrant and arresting men selling cocaine and heroin from a bodega on September 25, 2003 in the Bronx. The men working at the bodega offered to sell guns to an undercover detective, while selling cocaine and heroin. (PHOTOGRAPH BY MICHAEL NAGLE)